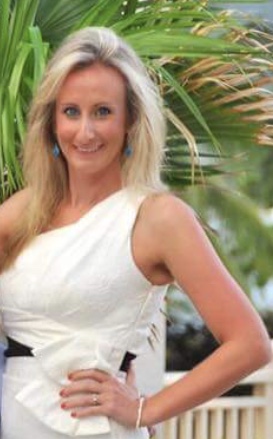 Miss Ali grew up dancing at the Carlene Nazarian Dance Center and went on to receive her Bachelor’s degree in Marketing at Assumption College. While attending Assumption, Miss Ali was the captain of her college dance team and attended UDA in Disney World as well as NDA College Nationals in Daytona Beach, FL. While in college, she performed in her college production of “Chicago” and “Damn Yankees.” Miss Ali also danced for the Boston Cannons Dance Team and the Boston Blazers Dance Team.

After graduating from college, Miss Ali moved to NYC and was selected to train in the “Professional Semester” program at Broadway Dance Center. She had the opportunity to train under several well-known instructors and choreographers. She assisted the Radio City Rockettes, performed with Neyo in Times Square, was a featured dancer in Charlie Straight’s music video, performed at the NY Stock Exchange, as well as on Fox and Friends, and danced in the Broadway Dance Center Showcase at Symphony Place.

While in NYC training and auditioning, Miss Ali was hired to work as a dancer for Dublin World Wide Productions performing in the tour of “The Spirit of Christmas” as well as “Dancing Queen: Abba’s Greatest Hits” in Canada and Chicago. Fun fact-while Miss Ali was on the road, she was doing her prerequisite courses for nursing school! Once she completed a few contracts with Dublin Worldwide productions, she went to MGH Institute of Health professions where she obtained her Bachelors of Nursing degree.

Miss Ali has been an instructor at NSDA since 2013 and loves every minute of it! She has taught a variety of styles throughout the years, but her true passion is hip hop. She currently teaches the competitive hip hop classes which perform at regional and national competitions. When she’s not at NSDA, Miss Ali is a registered nurse and a mom to three little boys and a goldendoodle named “Ruby”!